Beannachtaí lá Fheile Bríde oraibh go léir. Happy St. Brigid’s Day to everyone as we officially mark the first day of Spring. As our school is named after St. Brigid we are delighted to spend some time this week learning about our female Patron Saint. Co. Kildare is full of monuments, churches and schools named after our county Saint. Here is some information about our Patron Saint.

1. Who is St Brigid?
Born in Dundalk in 450 AD St Brigid was the founder of the first monastery in County Kildare, Ireland. Her father was a pagan chieftain of Leinster and her mother was a Christian. St Patrick inspired her to deepen her father and spread the word of God.

2. Patron Saint of Ireland
St Brigid is also known as Mary of the Gael or Muire na nGael aka Our Lady of the Irish. She is one of the Patron Saints of Ireland, along with St Patrick and St Columcille.

3. Taking a stand
When she was young, St Brigid wanted to join a convent however her father took a firm stand and insisted that she marry the wealthy man he had promised her to. The story goes that she asked for God’s help to take away her beauty so that the man wouldn’t want to marry her. Her wish was granted, her father caved and she joined the convent. Not only did her beauty return but apparently she was even more beautiful than ever. She called on God’s help again to convince her father to give her land in Kildare to set up a convent. Her father said that he would only give her as much land as her cloak could cover. Silly man. With God’s help, the cloak grew to cover acres of land.

4. The story of the Cross
St Brigid was by the sick bed of a dying pagan chieftain, possibly her father, soothing him with stories about her faith and her unwavering trust in God. She began telling the story of Christ on the Cross, picking up rushes from the ground to make a cross. Before his death, the chieftain asked to be baptised.

Initially, legend has it, people used to make similar crosses to hang over the door of their homes to ward off evil, fire and hunger. Over time, word spread about St Brigid, her kindness, faith and the making of the cross became synonymous with her and the tradition now bears her name.

5. Where is she buried?
St Brigid died at the age of 75 in AD 525 and was buried in the church she created. Her remains were exhumed years later and brought to Downpatrick to be buried alongside Saints Patrick and Columcille. However, her skull was brought to Lisbon where it remains today.

The Story of St. Brigid’s Cloak
Soon after her ordination by St. Patrick, Brigid wanted to found her own monastery. She decided that the edge of the Curragh in Kildare was the ideal place – it had ample Oak forests for firewood and building, freshwater in a nearby lake and a large, fertile open plain for growing food. She approached her old acquaintance the King of Leinster. She asked for land in Kildare on which to build her monastery. The king refused as he was not one to part with hard-won land. She was not to be deterred and Brigid and her followers prayed that the King would change his mind and that ‘his heart would soften’. The second time she asked him, she asked for ‘as much land as her cloak would cover’. Bemused by
this request, the King agreed and met her on the Plains of Kildare.
When the King saw Brigid’s small cloak, he laughed out loud, but was soon to be sorry for doing so. Brigid took off her cloak and told four of her followers to take hold of a corner each and walk in four different directions, north, east, south and west. As they walked away from Brigid, the cloak grew and grew and grew until it covered many hundreds of acres. The King was true to his word and granted her the lands for her Monastery. On this land Brigid founded one of Ireland’s most sacred Early Christian monasteries about the year 470 – often referred to as The Church of the Oak. The King of Leinster was so taken by this miracle that he became a patron of Brigid’s – funding building, food and other necessities as the monastery grew in size and fame, and later becoming a Christian himself. A Cathedral dedicated to St. Brigid still stands on the site to this day, adjacent to a wonderful Round Tower from the top of which you can look over the land that was covered by St. Brigid’s Cloak!

Enjoy making your St. Brigid’s Crosses today and any pictures you may draw of St.Brigid’s Cloak and if you have time please send in a picture to secretary@straffanschool.com so we can create a collage of the work and put it up on the App at the end of the week. 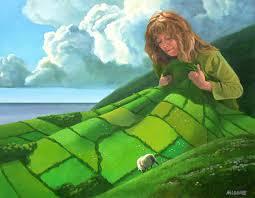 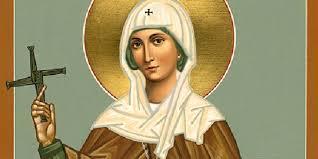 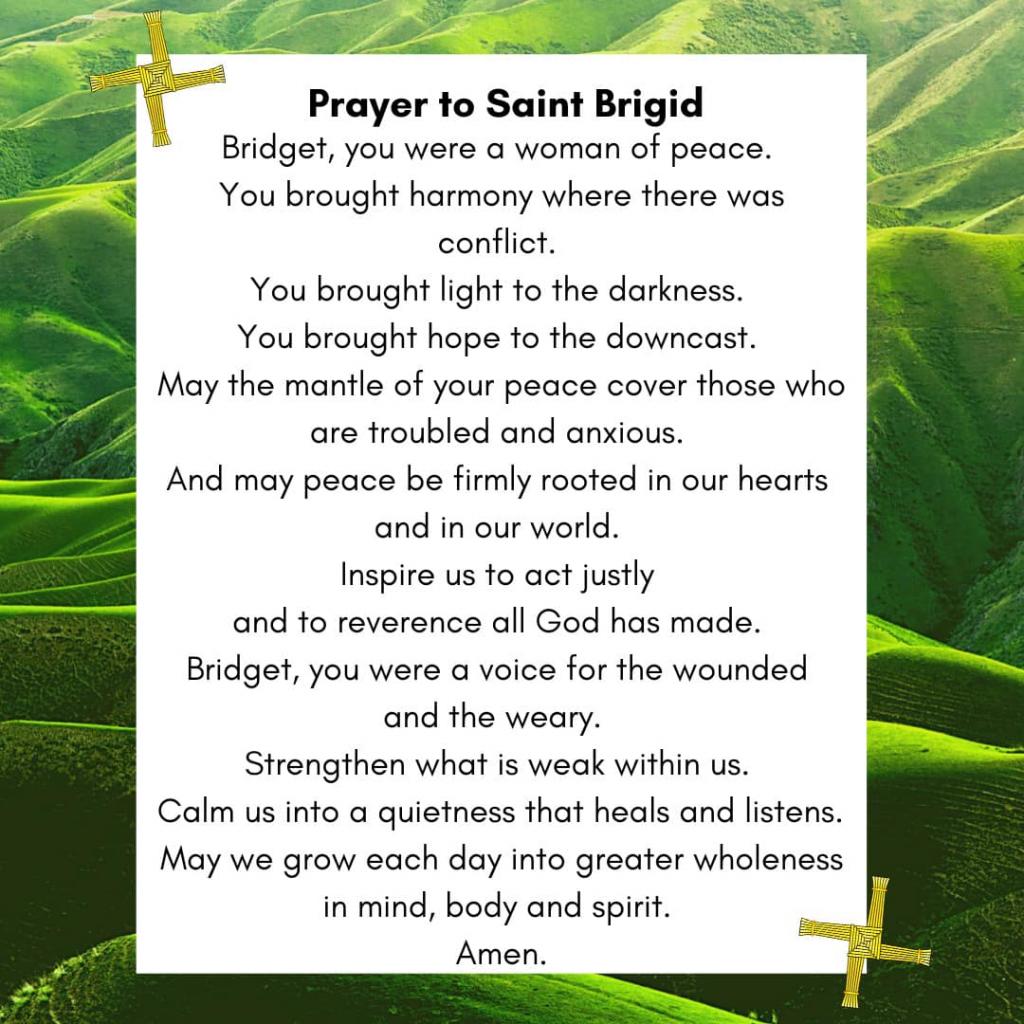