As there are a lot of media reports around the prevalence of Strep A infections and other viruses, I wanted to share information with you so you can be as best informed during this Flu season. There are so many “bugs” going around the school at the moment that we all need to be extra vigilant around the management of infections. I am attaching an infographic from the HSE on the recommendations for how long a child should be off school when unwell with various common illnesses. Infectious diseases are a major cause of illness among children attending school and childcare. The infographic was designed to prevent or minimise the spread of infection, illness and disease to children, staff and others (such as student teachers and volunteers). It provides advice for parents when their child develops symptoms of some of the common childhood illnesses about whether their child should stay out of school or childcare. https://www.hpsc.ie/a-z/lifestages/childcare/whenshouldmychildreturntoschoolchildcare/

HSE HPSC update on Strep A in Ireland
6 December 2022
https://www.hse.ie/eng/services/news/media/pressrel/strep-a-ireland.html

There has been a small increase in iGAS in Ireland since the beginning of October.

A common presentation of GAS in children can be scarlet fever which causes the following symptoms: fever, a raised rash which can feel rough to the touch like sandpaper, sore throat, and a swollen tongue.

Whilst GAS infections, including scarlet fever, are common; the more serious Invasive Group A Streptococcal (iGAS) infections are rare.

During the pandemic, normal social mixing patterns were interrupted which led to changes in how diseases such as (iGAS) presented.

Twenty-one of the 55 IGAS cases notified in Ireland in 2022 have been reported since the beginning of October, 4 of whom were aged under 10 years old.

We are currently investigating the death of a child which may be linked to Strep A in the HSE Public Health Area A (North East and North Dublin area).This is subject to further laboratory investigation and confirmation, and the HPSC is monitoring the situation closely.

Group A streptococcus (GAS) is a common bacteria. Lots of us carry it in our throats and on our skin and it doesn’t always result in illness. However, GAS does cause a number of infections, some mild and some more serious.

The most serious infection caused by GAS occurs when it becomes invasive (invasive group A strep). That is when the bacteria gets into parts of the body where it is not normally found, such as the lungs or bloodstream. This is called invasive Group A Strep (iGAS) and in rare cases it can be fatal.

Whilst iGAS infections are still uncommon, there has been a small increase in cases this year reported in the UK, particularly in children under 10 and sadly, a small number of deaths.

How is it spread?

GAS is spread by close contact with an infected person and can be passed on through coughs and sneezes or from a wound.

Some people can have the bacteria present in their body without feeling unwell or showing any symptoms of infections and while they can pass it on, the risk of spread is much greater when a person is unwell.

Which infections does GAS cause?

GAS causes infections in the skin, soft tissue and respiratory tract. It’s responsible for infections such as tonsillitis, pharyngitis, scarlet fever, impetigo and cellulitis among others.

While infections like these can be unpleasant, they rarely become serious. When treated with antibiotics, an unwell person with a mild illness like tonsilitis stops being contagious around 24 hours after starting their medication.

The first signs of scarlet fever can be flu-like symptoms, including a high temperature, a sore throat and swollen neck glands (a large lump on the side of your neck).

A rash appears 12 to 48 hours later. It looks like small, raised bumps and starts on the chest and tummy, then spreads. The rash makes your skin feel rough, like sandpaper. The rash will be less visible on darker skin but will still feel like sandpaper. More information on scarlet fever can be found on www.hpsc.ie.

What is invasive group A strep?

The most serious infections linked to GAS come from invasive group A strep, known as iGAS.

This can happen when a person has sores or open wounds that allow the bacteria to get into the tissue, damage in their respiratory tract after a viral illness, or in a person who has a health condition that reduces their immunity to infection. When the immune system is compromised, a person is more vulnerable to invasive disease.

What infections does invasive group A strep cause?

Necrotising fasciitis, necrotising pneumonia and Streptococcal Toxic Shock Syndrome are some of the most severe but rare forms of invasive group A strep.

What is being done to investigate the rise in cases in children?

Investigations are underway following reports of an increase in lower respiratory tract Group A Strep infections in children in the UK over the past few weeks, which have caused severe illness.

Currently, there is no evidence that a new strain is circulating. The increase is most likely related to high amounts of circulating bacteria.

It isn’t possible to say for certain what is causing higher than usual rates of these infections. There is likely a combination of factors, including increased social mixing compared to the previous years as well as increases in other respiratory viruses.

What should parents look out for?

It’s always concerning when a child is unwell. GAS infections cause various symptoms such as sore throat, fever, chills and muscle aches.

As a parent, if you feel that your child is seriously unwell, you should trust your own judgement.

your child is having difficulty breathing – you may notice grunting noises or their tummy sucking under their ribs
there are pauses when your child breathes
your child’s skin, tongue or lips are blue
your child is floppy and will not wake up or stay awake
How can we stop infections from spreading?

Good hand and respiratory hygiene are important for stopping the spread of many bugs. By teaching your child how to wash their hands properly with soap and warm water for 20 seconds, using a tissue to catch coughs and sneezes, and keeping away from others when feeling unwell, they will be able to reduce the risk of picking up, or spreading, infections. 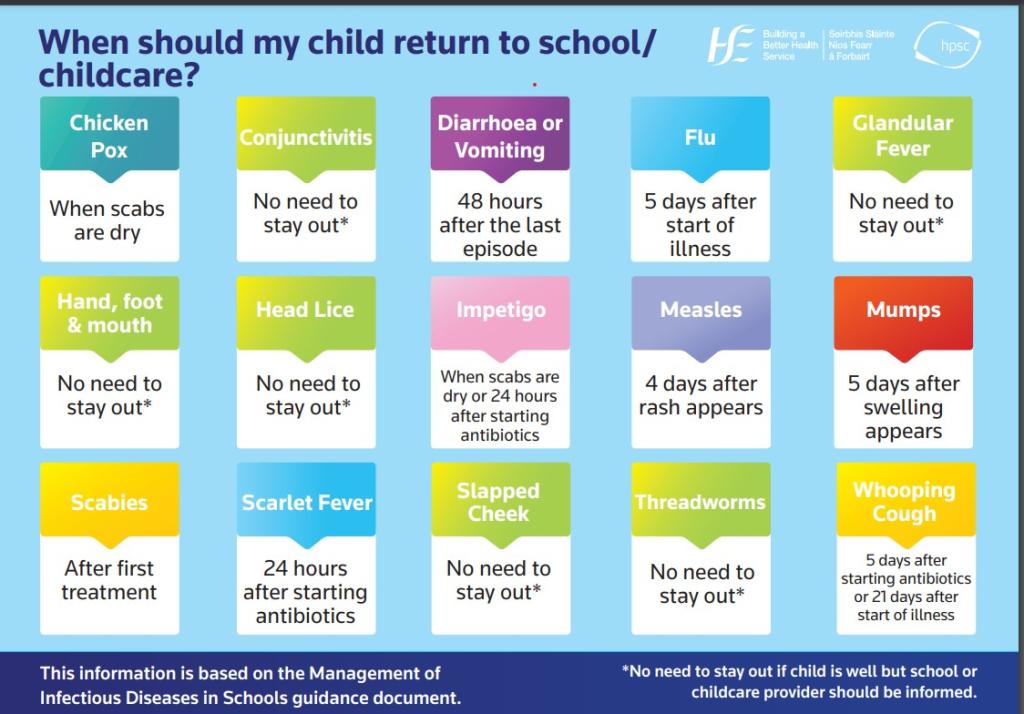